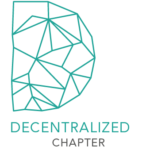 The Decentralized Kampala Chapter brings together blockchain enthusiasts and professionals in the greater Uganda area.

If you are interested in participating at the Decentralized Conference 2019, take advantage of your Chapter discount using the code: DC19KAM10

• Introducing the decentralized concept
• Scheduling election of the executive committee
• AOB
The meeting was chaired by an interim chairman Mr. Robert Kibaya nominated by Mr. Stephen Kalyesubula and seconded by Mr. Godfrey Hatejeka.

Treasurer:
Mr. Paul Kasoma
The rest of the members have not yet expressed their interest in any of the above posts

AOB:
The members agreed on having a detailed discussion of the possible activities of the chapter after the election of the executive committee and at 6:00pm the meeting was adjourned